Why did people give a shit about Heartbleed and not Net Neutrality? Both are issues that the affect the vast majority of us.

Net Neutrality is the principle that internet service providers and governments should treat all data on the Internet equally, not discriminating or charging differentially by user, content, site, platform, application, type of attached equipment, or mode of communication. Columbia media law professor Tim Wu coined the term in 2003 as an extension of the longstanding concept of a common carrier. [Source]

Heartbleed is a security bug in the open-source OpenSSL cryptography library, which is widely used to implement the Internet’s Transport Layer Security (TLS) protocol. Heartbleed may be exploited whether the party using a vulnerable OpenSSL instance for TLS is a server or a client. And by some accounts, over 66% of the entire internet was affected by it. [Source]

You have no doubt heard about both of these issues. The difference in the way people reacted to these issues and the action that both inspired, is that Heartbleed made people do stuff: you had to change passwords, notify users of your service if you operate a business online, etc. Rightly so. The supporters of Net Neutrality are desperately trying to inspire action: everything from urging people to contact their senator, to posting animated gifs to your site to simulate the slower load times. There have been many articles written about Net Neutrality, the FCC, and all the effects the current proposal would have on the internet and how we use it every day, but the rally cry is missing. Even the name itself suggests a neutral position. 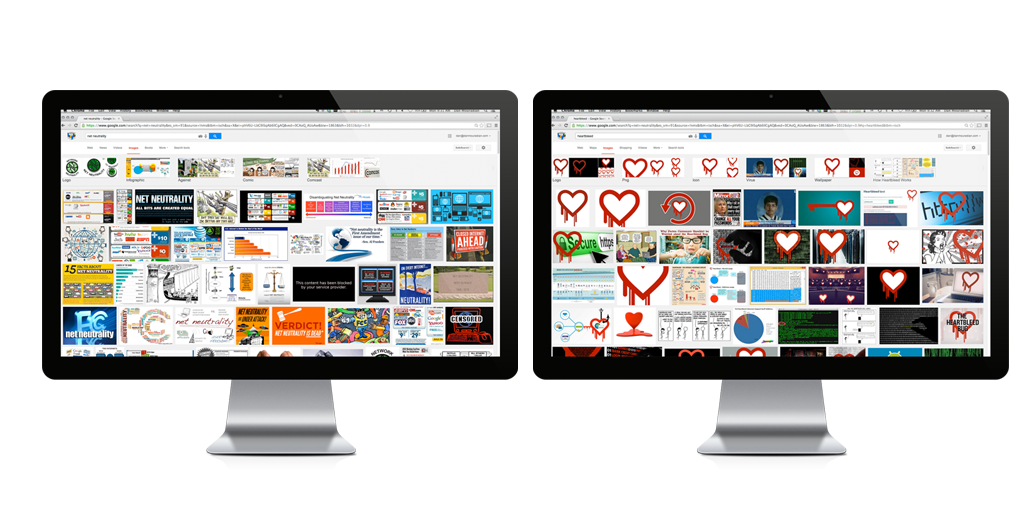 Pervasive as Heartbleed was, one thing that contributed to its near instantaneous addition to our vernacular, was its logo. The guardian wrote a great recap on the security team who found and branded Heartbleed, and this is the lesson Heartbleed can teach Net Neutrality: branding. Net Neutrality has a branding problem. The preservation of Net Neutrality is the right of everyone who uses the internet and ISP’s are spending millions of dollars trying to do away with it, and yet there are still many questions about Net Neutrality from people who it will affect if it disappears, changing the way the websites we visit everyday work.

To me, this final question is the most important, because although right now Net Neutrality exists, one day that may not be the case. People who support Net Neutrality view it as the very foundation the web was created under, and that all data should be treated the same. Business and behaviors were built around the idea of an open-internet.
Branding can help answer these questions. Great branding, like that of Heartbleed, and the use of that logo by media outlets in the coverage of the bug, inspired action. That logo made a coding bug real. Net Neutrality is a real thing we take for granted every day. It should be something we defend, something we hold dear, something we protect, something to be preserved.

The following logo is set in Andale Mono, a monospaced font chosen because it harkens back to the foundation of the computer technology, prior to the GUI, when it was all computers could display. An open bracket will be familiar to anyone who has written code. The open bracket is the very first character of every website on the internet. 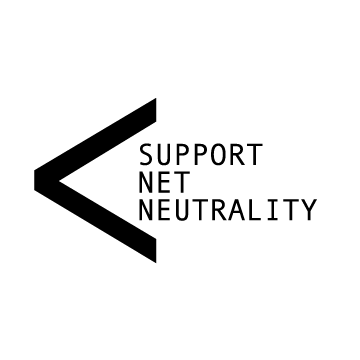 Source files.
This work is licensed under a Creative Commons Attribution-NoDerivatives 4.0 International License.