I have been a huge fan of 3D printing for a long time, I’ve considered even purchasing a Makerbot Replicator more than a few times, but frankly i can’t justify the expense because i can’t see using it even on a weekly basis. That said, the company i work for recently re-launched with a new brand. I thought it would be really great to give our CMO a gift to commemorate our new branding. He and I are similar in that we both have an affinity for cufflinks. I have been collecting them for quite a long time and have even commissioned a few pairs from jewelry designers i know.

I didn’t want to go that route this time, I did a little bit of research and found AutoDesk 123D a free online 3D modeler that will export files for upload to services like Shapeways. An hour later I had what i thought was a great model. 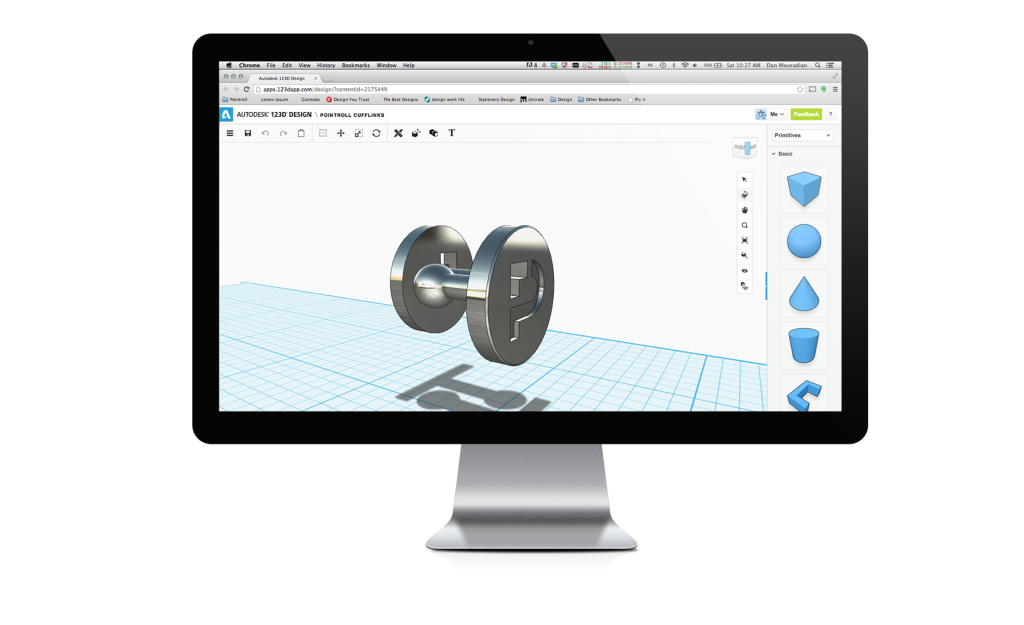 The promise of 3D printing for me is, rapid prototyping, as i finished the model and uploaded it to Shapeways, I was sad to see it was going to take about 2 weeks to receive the ABS plastic prototype, not very rapid is it… Some more googling and I found the Chicago 3D Printer Experience, a brick and mortar shop that has some of the latest tech in 3D printing, i could prototype there in person and make adjustments to the model for final printing in silver. 3 emails later, $10.00 and an hour, and I had ABS plastic Cufflink prototypes.

A few edits were needed, mainly beefing up the shank making the ball a bit smaller. After I made the adjustments based on the prototype, uploaded the new model to Shapeways, I ordered a pair, I just received the final product and couldn’t be more excited. I know I’m a little late to this party but I’m a graphic guy not a product designer… I’m already looking for another excuse to print off some more items.